Simplify your entertainment experience in any room of the house.

With a single remote, control all of your favorite entertainment— the Blu-ray player, satellite, streaming video services, and even your own music library or streaming audio. But this remote does more than just control your entertainment. Add a Control4 thermostat and smart lights for a more immersive experience.

The world’s most powerful movie player

Awards are nice (we’ve won many) but what matters more is all the movie lovers we’ve won over. People choose Kaleidescape because they know the most important component in a luxury home theater is the one that enables all the other components to perform at their best. That means managing the full experience – lighting, audio, screen masking, projection – every detail.  Paired with our meticulously curated content, the care and craftsmanship of a Kaleidescape movie player delivers an immersive home theater experience you can’t get anywhere else.

KLH is an audio company founded in 1957 as KLH Research and Development Corporation in Cambridge, Massachusetts, United States, by Henry Kloss, Malcolm S. Low, and Josef Anton Hofmann originally to produce loudspeakers. KLH was once the largest loudspeaker company in the world, employing over 500 people and shipping over 30,000 speakers a year to retailers and distributors throughout six continents.

KLH also introduced some of the best selling loudspeakers in the world over the course of many years, most notably, the Model Five, Model Six, and Model Seventeen, featuring the acoustic suspension loudspeaker design originally developed by Edgar Villchur and our founder Henry Kloss.

KLH was purchased by David P. Kelley, longtime Klipsch and VOXX executive, in 2017. He moved the global headquarters to Noblesville, Indiana.

Stewart Filmscreen-Simply the Finest Theater Screen you can own

We are driven by a passion to continually craft products that are smarter, stronger and perfectly fit for you.  More importantly, we call it taking responsibility for what we build and valuing the people we build it for.   Simply put, we do it ourselves, from start to finish. Beginning with raw plastic resins and pigments, we compound and form them into finished fabrics and continue through with thoughtful frame design and construction.  Projection conditions vary. That is why we are application driven. Room seating, throw distances, ambient lighting, front and rear projection requirements, 3D workflow, and other factors all impact the image on the screen. Stewart makes over 25 different screen materials to meet the demands of each projection environment. As always, each screen is meticulously custom made for your specific application.

With more than four times the resolution of Full HD, native 4K offers 8.8 million pixels (4096 x 2160) for a picture that is incredibly lifelike, which is why it is the resolution defined by the DCI (Digital Cinema Initiative) for theater distribution. See corner-to-corner clarity and watch movies from much closer than you would in Full HD 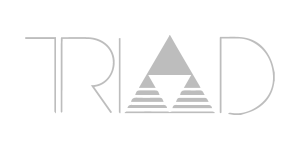 What makes Triad products so good.
In a world of cookie cutter products, Triad is the sole company designing and manufacturing a comprehensive line of high-end architectural loudspeakers. We don’t look at our products as commodities, but rather as individual Unique Solutions to the problem of seamlessly integrating high-quality sound into a sophisticated living environment.
We believe you shouldn’t have to settle for a generic “good enough” custom speaker when there is an innovative Triad product that is perfect for virtually any application. There are other critically important reasons for choosing Triad.
The best custom audio products on earth will not make you happy unless the system is properly conceived, designed, installed, and explained.
This is why Triad offers exemplary factory support, and is sold only through the best custom installation dealers; respected CEDIA members. We will provide you with the best experience for your investment before, during, and years after the sale.

Experience dramatically clear sound for shows, movies, and gaming. Plus, stream music, radio, podcasts, and more. Start with a soundbar and easily expand your system when you connect a subwoofer and rear surrounds over WiFi.